Resounding version of Imanol on the controversy in Anoeta 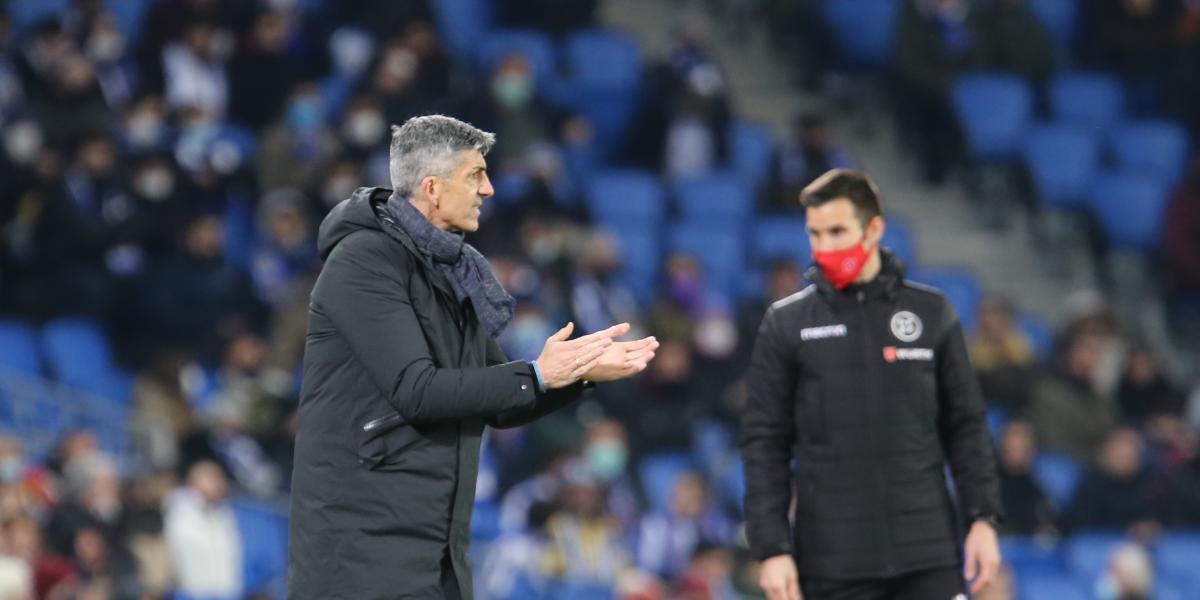 The controversy was clearly reviewed by Imanol. “The referee has hit the penalty and the disallowed goal, no”. The coach’s moral was based on the conversations he had in the dugout as soon as he beat Espanyol. “I echo what they have told me”, clarifies the Oriotarra: “Alex Sorloth’s goal and a penalty” in the final happiness.

To the question about whether Real deserved to win, Imanol responded with conviction. “Yes, totally fair the win.” In his opinion, “we’ve had chances to win before, but I’m happy with the match”. The Real coach explains that “the rival was good and he hasn’t let us do much of anything”.

Another win by the minimum for Real, without conceding goals. It has become the true royalist specialization in this League. “We must give importance to making so many clean sheets and also to prevent them from generating”, highlights Imanol. The “work” was “brilliant in defense” and he remains hopeful that “one day the goals will come.”

The first coincidence of Rafinha and Silva in a line-up was mitigated by the substitution of Merino, who also inaugurated this League. “Until the morning I didn’t know whether to include him in the call, he told me that he would like to be on the bench and be able to help and that is why I have opted”, Imanol said about the Navarrese, very fair due to the toe injury . Rafinha and Silva “are doing well, approaching their optimal state”.

Regarding Isak’s reunion with the goal, Imanol asserted that “it is important for a striker” and added that “he has done damage on the left”, an extreme that the coach presupposed. “He has the ability to play there, he unbalances with a dribble on a tile.” The coach also spoke of the “step forward” of Rico or Sorloth in this final stretch of the league.

Madness in Bangladesh for Argentina in the preview of the match against the Netherlands: murals, flags and giant screens

Expectations in Bangladesh to attend this Friday's football match...

As the Chinese authorities have virtually abandoned the 'zero...

It was a difficult night Big Brother. Between...

Abel Pintos at Unico stadium, Pimpinela at Movistar Arena, Catupecu at Obras and the Music Wins festival at Club Ciudad

This weekend there are good proposals for recitals, theatre,...
Previous article
Olivia Rodrigo dropped a Grammy on the floor and broke it
Next article
they won $ 43 million in the lotto but no one wanted to have a mansion in the neighborhood