Collusion between a Mexican drug gang and a Chinese chemical company… “Why are you blaming others?”

Culiacan, the capital of Sinaloa in northwestern Mexico, is the base of the world’s largest drug organization, the Sinaloa Cartel. Founded in 1988 by drug lord Joaquin Guzman, nicknamed “El Chapo,” the Sinaloa Cartel has branches and members in 17 of Mexico’s 31 states and in more than 50 countries around the world. This organization is also called the ‘Guzman Cartel’ or the ‘Pacific Cartel’ after Guzman’s surname. The U.S. Drug Enforcement Administration (DEA) rates the Sinaloa Cartel as “the most powerful drug trafficking organization in the world.” This organization manufactures various drugs such as cocaine, heroin, methamphetamine (meth), marijuana, MDMA (ecstasy), and fentanyl, and supplies them illegally to the United States and other countries.

Mexico’s Sinaloa cartel is a major supplier of fentanyl 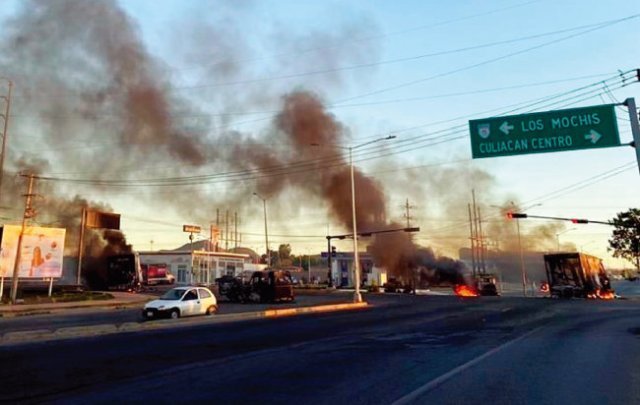 A truck is set on fire during a street battle between the Mexican National Guard and members of the Sinaloa Cartel. [REFORMA]
- Advertisement -

Guzman was arrested in Mexico in 2017 on charges of running a criminal organization, drug trafficking and money laundering, and was extradited to the United States. Since then, the Sinaloa Cartel has been led by El Chapo’s son, Ovidio Guzman, 33, along with his brothers. U.S. federal prosecutors indicted Ovidio in 2017 on charges of trafficking drugs, including cocaine and methamphetamine. The US government has been asking the Mexican government to arrest him and extradite him. The U.S. Department of Homeland Security put a $5 million bounty on his head in December 2021.

On January 5, the Mexican government mobilized about 900 members of the National Guard and the military to arrest Ovidio, who had been hiding in Culiacan. Ovidio was caught in hiding and transported by helicopter to the capital, Mexico City, before being handed over to prosecutors and detained. In the process, members of the Sinaloa Cartel set up barricades in downtown Culiacan to block Ovidio’s transfer, blocked roads, and engaged in a gunfight with military forces. Members of the gang opened fire on an Aeromexico private airliner bound for Mexico City taking off from Culiacan Airport, blew up some buildings at the airport, and also opened fire on a military aircraft.

As a result of the fighting between the two sides, about 250 residents’ vehicles were burned and damaged, and stores were also damaged. The military responded with Black Hawk helicopters against 25 Cartel armed vehicles equipped with heavy weapons such as 50-caliber machine guns. 10 National Guard and military personnel and 19 members of the cartel were killed in street fighting that was no different from a war, and more than 100 civilians were injured. Mexico’s Defense Minister Luis Crecencio Sandoval said, “We regret the loss of life, including the loss of life by members of the National Guard and service members of the Armed Forces.” 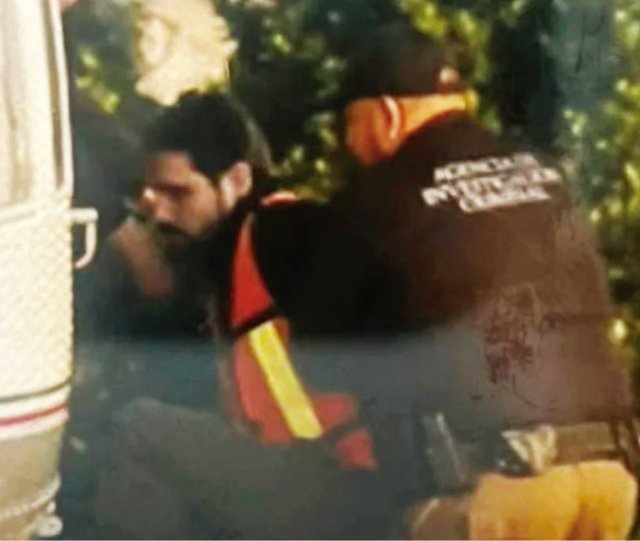 Ovidio Guzman, the leader of the Sinaloa Cartel, is being arrested and taken away. [EL MILENIO]

For the US government, Ovidio’s arrest could go a long way in stopping the manufacture and trafficking of fentanyl, which has been called the ‘drug of death’. The Sinaloa Cartel is one of the major suppliers of fentanyl. Fentanyl is 50 times more addictive than heroin and 100 times more addictive than morphine. However, in the United States, new distribution has steadily increased over the past 10 years, and has shown an explosive increase after the Corona 19 pandemic. Last year, 107,622 people died from drug overdoses, 67% of which were caused by fentanyl. Currently, fentanyl poisoning is the number one cause of death in Americans aged 18-49, ahead of COVID-19, car accidents and shootings.

Because of this, the DEA has classified fentanyl as ‘the deadliest drug the United States has ever faced’. In fact, the lethal dose of fentanyl is only 2 mg. Even an amount that is lightly buried at the tip of a sharp pencil lead can kill a person. Fentanyl can be used not only as injections and tablets, but also as patches, unlike existing major drugs such as methamphetamine and heroin, and can be obtained legally from pharmacies with a prescription. Without medical insurance, low-income Americans who cannot afford huge medical expenses are likely to fall into the temptation of fentanyl because they tend to take painkillers instead of going to the hospital. In addition, if you seek painkillers through social media, you can easily buy fentanyl disguised as a legal drug.

The DEA seized 379 million doses last year, including 50.6 million fentanyl pills and 10,000 pounds of fentanyl powder. DEA Director Ann Milgram said, “A volume of this size could kill the entire US population (approximately 332 million).” The DEA is trying to stop fentanyl from crossing the southern border with Mexico, but only 5-10% of the total distribution is cracked down. Because of this, the U.S. government has shown its will to take over Ovidio and clear the illegal fentanyl distribution network in the country. “Ovidio’s arrest is a major blow to the Sinaloa cartel and a victory for the rule of law,” said Mike Vigil, former head of international operations for the DEA.

Ovidio is currently imprisoned in Mexico’s highest security facility, the Altiplano Prison. However, it is unlikely that his recruit will be immediately extradited to the United States. This is because a Mexican court has accepted the ‘Amparo’ motion, filed by Ovidio’s lawyers, to bar an immediate extradition or deportation order. Amparo is a constitutional right that exists in some Latin American countries, such as Mexico, and is one of the legal remedies for disposing of individual recruits. This is a matter of judgment separate from whether or not a crime has been committed. In order for his recruit to be extradited, he will have to fight in a Mexican court for a considerable period of time.

Moreover, even if the U.S. government takes over his recruit, it is expected that it will be difficult to eradicate fentanyl. This is because the Sinaloa Cartel and the Jalisco Nueva Generacion (CJNG) Cartel, another drug trafficking organization, are in collusion with the Chinese criminal organization Triad to obtain fentanyl raw materials from Chinese chemical companies. Since the early 2000s, the Sinaloa Cartel has had a strong relationship with the triads for meth manufacturing. Here, CJNG, an emerging cartel that threatens the Sinaloa Cartel’s place, has joined. Chinese chemical companies secretly transport 4-AP and 4-ANPP, which are raw materials for fentanyl, to Mexico after producing the most in the world. According to the DEA, the two organizations operate clandestine factories throughout Mexico that mass-produce fentanyl using chemicals procured from China.

For this reason, the US government is requesting cooperation from the Chinese government, such as cracking down on chemical companies, but the Chinese government is rejecting it. Vanda Felbab Brown, a senior fellow at the Brookings Institution in the US, pointed out, “The Triads have become an important vehicle for the Sinaloa Cartel as they are protected in various forms from the Chinese Communist Party and government officials.” In the case of the Sinaloa Cartel, Tijuana, which is adjacent to the US border, has been used as a key base for fentanyl production, and since 2019, Chinese raw materials have been manufactured into fentanyl and smuggled into the United States. In addition, they evaded the DEA’s tracking by exchanging transaction payments in cryptocurrency through a Chinese online bank in the United States.

The conflict and confrontation between the United States and China over the control of fentanyl raw materials is said to be the ’21st century version of the opium war’. China’s predecessor, the Qing Dynasty, was a victim of the Opium War with England in the 19th century, but now China can be seen as a de facto perpetrator by providing raw materials for fentanyl that is smuggled in the United States. However, the Chinese government is resisting the US government’s raising of a problem, saying, “Americans’ excessive drug dependence is a problem, so why blame others?” The Diplomat, an American diplomatic magazine, criticized that “China has numerous means to crack down on illegal drug exports, but it is standing by.” Derek Maltz, former head of the DEA, said: “The alliance between China and the Mexican cartel is exacerbating the deadly fentanyl crisis.”