In the five-year period that coincided with Donald Trump’s term in power and the tense period after he left the presidency, a journalist in the United States was attacked or prevented from doing his job on average every 24 hours. because it has one of the most consolidated democracies in the world.

The data was released as a summary of its five-year existence by the US Press Freedon Tracker, an organization that has been compiling cases of press freedom violations in the American country since early 2017.

Some of the attacks stem from a feeling of anger against the media that has taken over the country, mainly provoked in the Trump administration – on average, the politician criticized the press on Twitter once a day during his tenure.

Attacks on journalists are around 2,000

Kirstin McCudden, US Press Freedom Tracker’s Deputy Editor-in-Chief, recalls that the project began to be conceived before 2017, when Barak Obama’s eight-year term ended with lawsuits against journalists accused of leaking, and Trump had already emerged as an agent. applicant..

“Leading press freedom advocates in the US and UK believed that a non-partisan project to record press freedom events would not only serve the advocacy efforts of prosecuted professionals, but would also be informative,” he says.

The numbers speak for themselves. Between January 2017 and December 2021, the US Press Freedom Monitor recorded approximately 1,900 events. In the first six months of this year, the business calculated another 70 cases.

By far, attacking journalists is the most common type of attack. There were 930 enrollments in five and a half years, according to the organization.

Other incidents, such as searches and seizures of equipment, leaks and denial of access complete the rest of the list of attacks on journalists.

The United States ranks 42nd in Reporters Without Borders’ global press freedom index, which lists 180 countries. But the RSF warned that the rise in violations in a country once seen as a model for press freedom is “alarming”.

Also Read | Brazil was ranked 110th in the 2022 Press Freedom Index, which marks the ‘new era of polarization’. 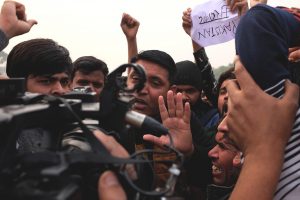 The most critical period for press professionals was 2020. That year, Donald Trump was running for reelection and the pandemic was at its height, with journalists demanding action and denouncing approval of unproven treatments.

Disturbed by the criticism, the president of the period used social networks to incite his followers against the press. But there was another important event: the death of George Floyd, which sparked nationwide demonstrations.

In total, around 630 journalists were the target of physical attacks, double the number in all other years.

“The highest number of press freedom violations in six years was recorded in 2020.

More journalists were attacked in Minneapolis in the last week after the death of George Floyd than in 2017-2019, the US Press Freedom Watch said.

46-year-old black American Floyd was killed by white police officer Derek Chauvin on May 25, 2020. In the year following his death, journalists were attacked more than 600 times and arrested 155 times while covering Black Lives Matter protests.

May was the worst month with nearly 300 incidents reported. After physical attacks, detentions and indictments were the main types of harassment, followed by breaking of tools.

The occupation of the US Capital on January 6 last year also witnessed aggression against journalists. Professionals who covered up the action were persecuted and their equipment was damaged. At least 3 journalists were detained by the police.

The organization has visually demonstrated how the art of outrage against journalists during the US Press Freedom Monitor’s review relates to the era of government or the months following the administration of former President Donald Trump.

From the second half of 2021 to 2022, the situation under Joe Biden looks less tense, with the number of recorded attacks on journalists decreasing. 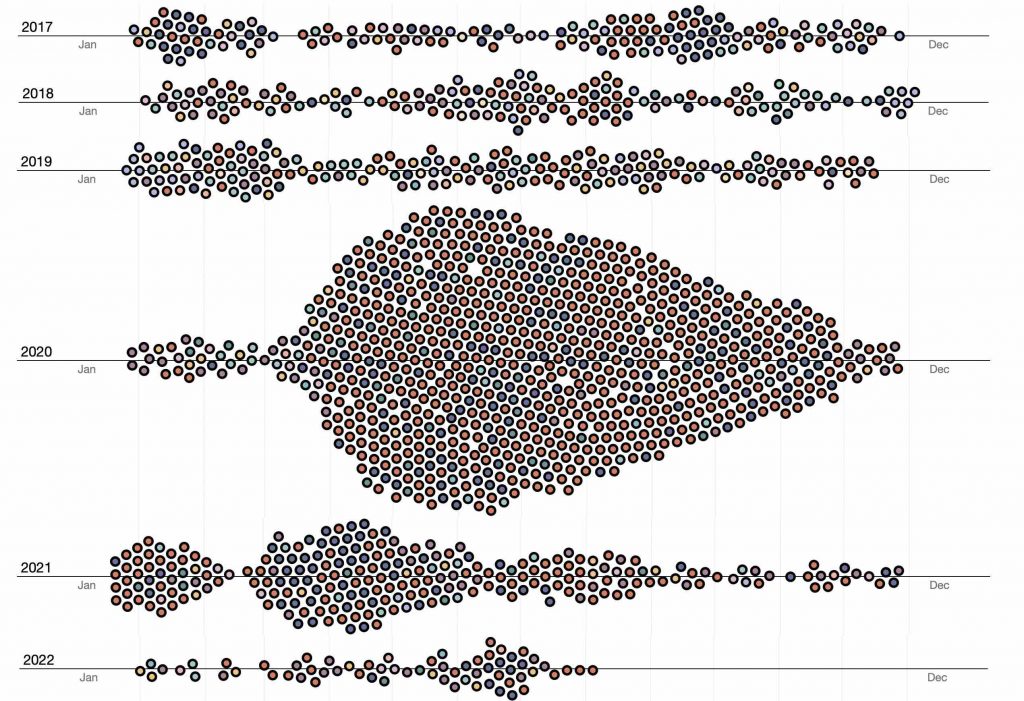 Between June 15, 2015, when he declared himself a presidential candidate, and January 8, 2021, when he permanently suspended his Twitter account, the politician posted 2,520 tweets against the press. 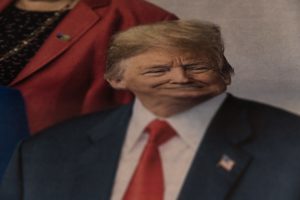 In 2020, when the attacks against journalists were the most, it was also the period when Trump targeted his social network the most in line with media professionals.

In a report released in 2021, the US Press Freedom Monitor found that the politician posted 633 anti-press tweets in his fourth and final year in office.

Cale recalls that even before Trump assumed the presidency of the United States, he threatened to sue newspapers and insulted journalists.

For example, in the months leading up to the 2015 presidential race, he said, the First Amendment to the U.S. Constitution gave journalists a lot of protection.

He also said “freedom of the press” was responsible for the terrorist attack that took place in New York.

Attack on journalists and justice

Some of the attacks on American journalists came from the US police themselves. Many professionals have been subjected to physical violence or arrests; some were even shot while working.

According to the US Press Freedom Tracker, between 2017 and 2021, nearly 70 journalists sued government officials or law enforcement in pursuit of justice. About 90% of cases involve assault or arrest at protests.

The National Association of Press Photographers, an American professional association, said last year that most cases are not prosecuted. This is because most professionals prefer to formalize non-judgmental deals that are faster.

Also Read | Analysis | Gorbachev’s Glasnost gave Russia freedom of the press, but Putin took it back 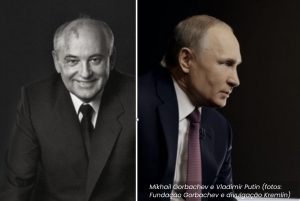 A body cam video of Nicholls, a black driver...
Previous article
After leaking Messi’s requests to renew to Barcelona, ​​the club denied the fact with a statement
Next article
2 months later, the US lottery announced that the R$6.8 billion prize will be split